🚀 The Book in 3 Sentences

1. Products that are successful always create habits around them.

2. The most common way to create a habit is with variable rewards. The expectation of rewards motivates users to take action.

3. Users add value to the system in anticipation of rewards. An engaged user is most likely to remain engaged once they have invested in the system.

“79 percent of smartphone owners check their device within 15 minutes of waking up every morning.”

“Buffett and his partner, Charlie Munger, realized that as customers form routines around a product, they come to depend upon it and become less sensitive to price.”

“So why haven’t more Google users switched to Bing? Habits keep users loyal. If a user is familiar with the Google interface, switching to Bing requires cognitive effort. Although many aspects of Bing are similar to Google, even a slight change in pixel placement forces the would-be user to learn a new way of interacting with the site. Adapting to the differences in the Bing interface is what actually slows down regular Google users and makes Bing feel inferior, not the technology itself.”

The book Hooked: How to Build Habit-Forming Products is written by Nir Eyal. In his book, Nir Eyal discussed the ‘hook model’ used across a wide variety of habit-forming products. Businesses can build products with variable rewards for their users by using the tactic. Eventually, this will encourage repeat use. Because habits are hard to break.

In order to increase customer lifetime value (CLTV) through repeated usage, businesses must connect external triggers with internal triggers. Whenever a product helps create a routine, triggers an emotion, or alleviates a pain point, it forms an internal trigger. The more often these triggers are used, the stronger the association with the user is. After a certain point, users turn to products automatically. For example, when most of the people search for information online, they turn to Google search engine.

Habit-forming products use external triggers to prompt users to take certain actions. In the initial phase, external triggers (emails, notifications) are sent. Once people get used to relieving their pain-points/emotions with the product (internal triggers), habits develop.

A trigger should prompt an action in order to be effective. The user should be sufficiently motivated to outweigh the mental or physical effort. The behavior model developed by Dr. BJ Fogg states that user behavior is

There are six factors that determine the difficulty of a task: 1) time – how long does it take to complete an action. 2) Money – the cost of taking action or payment for a subscription 3) Physical Effort – the amount of physical effort needed to take action 4) Brain Cycle – the mental effort required to take action 5) Social – the product’s social acceptance 6) Routine – how well the product matches or disrupts current routines.

Motivating people takes time. However, businesses often rely on heuristics. A heuristic is a mental shortcut that users subconsciously use to make decisions. There are four types of heuristic effects that influence perception. 1) Scarcity effect – the scarier a product is, the higher it’s perceived value is. 2) Framing effect – perception changes the desirability of a product. 3) Anchoring effect – people give undue weight to a feature of the product that increases its appeal. 4) Endowed Progress effect – as users feel closer to the goal, they become more motivated.

Motivation can be reinforced with rewards. A predictable reward, however, can become boring after a while. An infinite variety of rewards keeps users interested. Variable rewards can be categorized into three categories: 1) Rewards of the tribe – rewards that satisfy the social needs and make users feel important. 2) Reward of the hunt – rewards that satisfy survival instincts with new information or cash back (money). 3) Rewards of the self – reward that provide a sense of accomplishment. Rewards should be matched correctly with specific actions. No amount of gamification can increase engagement if a customer’s problem doesn’t align with the product’s assumed solution. In addition, if the user feels forced to adapt a certain behavior, they can rebel.

The fourth step of the Hook model is Investment. Users take action in this stage, but these actions are different from those in the Action stage. A user’s anticipation of future rewards drives the action in the Investment stage. There are five ways users can store value in products and services. 1) Content – a growing collection of information and memories increases the value of the service; 2) Data – users often use services that store data either actively or passively. Having a lot of data makes them more committed. 3) Followers – it takes time for users to build a following, making the service more costly to leave. 4) Reputation – users invest time to build a reputation on platforms like Airbnb, which keeps them loyal. 5) Skill – users who take the time and effort to learn how tools work are less likely to switch to a competitor. Investment steps need to be carefully planned. In order to make an intended investment, businesses should consider the motivation and ability of the users.

A properly implemented Hook model increases the likelihood of users going through the four phases time and again. In the investment step, users define future triggers that businesses can use to re-engage them. Hooked is an excellent book about psychology in product design. It offers insight into product decisions and changes perspective on technology. In the book, we are taken through the theory and given examples to make the theory more concrete. Anyone building or interested in technology products or services should read this book. 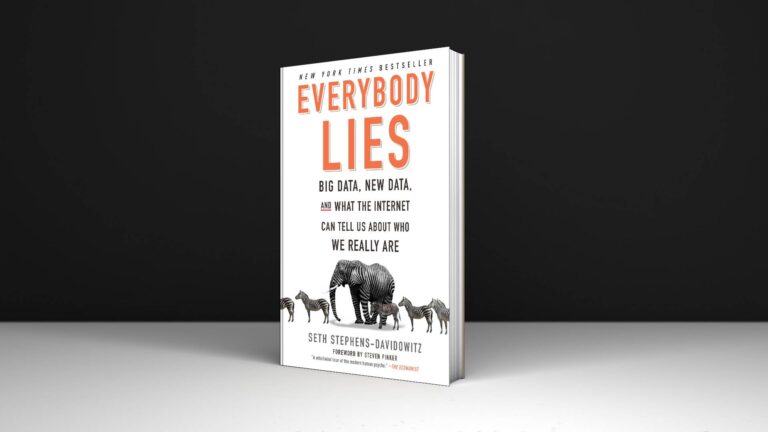 Summary and Notes on the book ‘Everybody Lies: Big Data, New Data, and What the Internet Can Tell Us About Who We Really Are’ by Seth Stephens-Davidowitz