🚀 The Book in 3 Sentences

1. The book examines how big data is used in various industries to predict human behavior

2. The author argues that big data analysis can reveal trends that cannot be identified in public-facing responses

3. In addition to several use cases, the author discussed the limitations of big data, including its confusing variables.

“Facebook is digital brag-to-my-friends-about-how-good-my-life-is serum. In Facebook world, the average adult seems to be happily married, vacationing in the Caribbean, and perusing the Atlantic. In the real world, a lot of people are angry, on supermarket checkout lines, peeking at the National Enquirer, ignoring the phone calls from their spouse, whom they haven’t slept with in years.”

“Amazon engineer Greg Linden originally introduced doppelganger searches to predict readers’ book preferences, the improvement in recommendations was so good that Amazon founder Jeff Bezos got to his knees and shouted, “I’m not worthy!” to Linden.”

Everybody Lies: Big Data, New Data, and What the Internet Can Tell Us About Who We Really Are is a nonfiction book by Seth Stephens-Davidowitz. The author explains in this book how human beings lie to each other, but their behavior online tells a very different story. The massive amount of data that technologists and marketers use to predict trends and behavior is referred to as Big Data.

Areas that supported Trump in the largest numbers were those that made the most Google searches for “nigger.”

Americans told surveys during the 2008 presidential election that race was not important to them. The author studied the Google trend and predicted it otherwise. Eight years later, Americans elected Donald Trump, a candidate who had publicly expressed his anti-black viewpoint. Trump’s open support for racist Americans hurt Barak Obama, but worked in his favor during the election.

Big Data allows us to meaningfully zoom in on small segments of a dataset to gain new insights on who we are.

In our everyday lives, we all use data to a different extent to make decisions. Nevertheless, people often base their decisions on their intuitions. Often, this method is based on a limited set of empirical data and not actually scientific. People must perform a proper analysis and back up their ideas with the right data.

I am now convinced that Google searches are the most important dataset ever collected on the human psyche.

Big Data has taken on new dimensions in the age of the internet. People are often found to lie in surveys. Authors refer to this as ‘social desirability bias’, where people appear more desirable than they are. These same individuals are astonishingly original when they search on Google. In Google searches, you’ll find everyday logs on human behavior. Big data is extremely valuable because of this. The availability of large amounts of public data now makes it easier for data scientists to conduct research without asking for funding. The author cited the example of Jeremy Ginsberg, a former Google engineer. Jeremy monitored Google search queries related to ‘flu symptoms’ and was able to predict outbreaks accurately.

The author also gave some critical advice to marketers. According to him, big doesn’t always equal better. To get the most out of big data, marketers need to ask the right questions. In its earlier stages, Google’s search algorithm ranked pages according to keyword frequency, which could be easily manipulated. The author also used Kodak as an example. Kodak got people to smile in their photos and link them to the company’s advertisement with the theme, “sharing happy moments.”. Consequently, we live in a culture where people smile while taking pictures.

The author concluded the book with a warning. There are many ways big data can benefit the world. At the same time, it can also be used against us. When and where we leave our digital footprints should be considered carefully. Otherwise, companies, governments or political organizations can make use of the data. 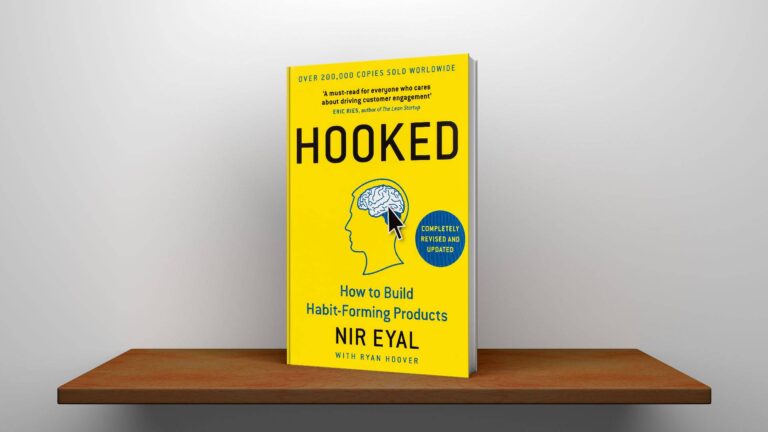 🚀 The Book in 3 Sentences 1. Products that are successful always create habits around them. 2. The most common way to create a habit is with variable rewards. The expectation of rewards motivates users…